Huawei Malaysia is releasing an updated version of the MatePad 10.4 tablet very soon. Although it looks the same as last year’s version, the new model comes with an updated processor, more storage and it has support for faster WiFi 6.

Huawei Malaysia will provide more details including its pricing on the 20th March 2021. As a comparison, the previous Huawei MatePad 10.4 with 64GB of storage is priced at RM1,399. The new tablet retains a 10.4″ 2K FullView IPS display that boasts 470 nits of brightness. Under the hood, it runs on a Kirin 820 processor which is newer than the Kirin 810 chip that’s found on the previous model.

For a more immersive video viewing experience, it comes with a quad-speaker setup enhanced by Harman Kardon. It also gets a 4-microphone system for better audio pickup during video calls.

The new MatePad 10.4 for Malaysia is listed with 4GB RAM and 128GB of onboard storage. If you need more, you can expand storage via a microSD card. The tablet also features an 8MP main camera as well as an 8MP front shooter.

Powering the MatePad 10.4 is a large 7,250mAh battery and it supports 22.5W fast charging via USB-C. A full charge is rated to provide up to 12.5 hours of video playback and you can get 30% charge in just 30 minutes of charging.

For a more productive setup, the MatePad 10.4 can be paired with an M-Pencil stylus and a keyboard. In terms of connectivity, the new tablet can support WiFi 6 which promises to deliver transfer speeds of up to 2400Mbps.

Out of the box it runs on Android 10 with EMUI 10.1 skin on top. Take note that the MatePad 10.4 doesn’t come with Google apps and services pre-installed, and you’ll have to discover download apps via the Huawei AppGallery. 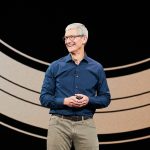 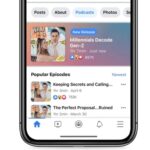 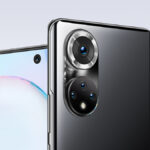 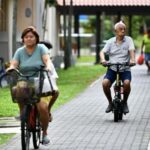