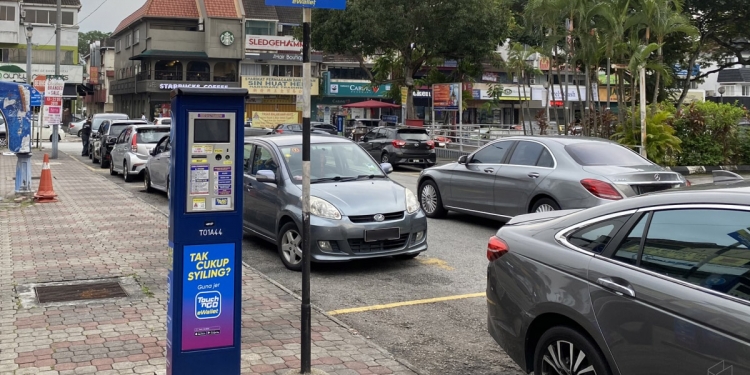 A group of KL MPs today urged City Hall (DBKL) to consider granting a grace period to car commuters in the city by not imposing summonses on vehicles parked by the shoulder of roads.

They said the recent short notice by DBKL which said the parking ticket machines and the JomParking app will be discontinued and replaced by eWallet payment starting today will have an effect on users.

“Users will have to migrate from the old app to the new, as JomParking is not one of the eWallet apps which can be used, requiring users’ balance to be transferred or otherwise refunded,” they said in a statement.

They added that users who are not accustomed to using eWallets will also be affected by the absence of machines to make physical payments, thus necessitating an immediate awareness campaign.

“In 2016 it was estimated that there are approximately 46,100 road shoulder parking lots, and in December last year it is understood there were 330,000 or so JomParking app users.

“In asking DBKL to consider a grace period, we are also urging them to resolve the issue of users’ remaining balance in JomParking as soon as possible, be it through transfer to any eWallet of the user’s choice, or by a refund,” said the MPs.

The group said they would continue to monitor the issue and are at the ready to assist DBKL and JomParking’s operator to seek out the best possible solution for the sake of the city’s residents. — Malay Mail