Flip phones aren’t going away anytime soon, despite some initial (durability) issues faced by certain manufacturers attempting the form-factor. And now, we have the Motorola Razr 5G—a sequel to the company’s first reborn, folding-display, Android-powered smartphone.

As rumoured, the Motorola Razr 5G now has 5G connectivity (in case the name didn’t give it away), but it still sports a look that should be familiar to anyone who’s seen the classic. However, Motorola has improved a couple of aspects of their latest foldable phone—here’s what you need to know.

Unfortunately, we don’t have any confirmation on Malaysian details if/when the Motorola Razr 5G comes to the local market. However, the Razr will be available sometime this fall in China, select markets in Europe, and the U.S. Three colour options are available: Polished Graphite, Liquid Mercury, and Blush Gold.

Details for a single variant have already been revealed via T-Mobile and AT&T (sold in the U.S.); official pricing is as follows:

Upfront, you get the same 6.2″ folding display (2142×876 pixels) from its predecessor, along with a 2.7″ OLED display that will allow you to quickly access notifications and other small widgets. However, the internals of the Razr 5G have been improved: most notably the Snapdragon 765G—which brings 5G connectivity.

There’s only a single variant available, with storage of 256GB mated to 8GB of RAM. Motorola has also equipped the Razr 5G with a larger battery, although its 2,800mAh battery is still tiny by 2020 standards (or 2018, even). Still, the company promises 21 hours of talk time and 11–12 days of standby time on a single charge; you can also charge the foldable phone at up to 15W via USB-C (no wireless charging here).

Cameras have also been dramatically improved on paper. There’s a 48MP main camera on the outside of the phone, while a 20MP selfie shooter is housed in a notch on the display. One of the benefits of the Razr’s foldable form-factor is that you can actually use the main camera as a selfie shooter if you prefer—although the tiny Quick View display will have to suffice as a viewfinder.

Meanwhile, Motorola has moved the fingerprint scanner to the back of the phone, as opposed to the first-generation Razr’s chin-mounted scanner. However, there is still no stereo speakers—disappointing for a phone that is priced this high.

So, what do you think? Motorola has also promised that the Motorola Razr 5G should be able to withstand five years’ worth of daily usage (100 times per day)—although there hasn’t really been an explanation behind that claim. There is, however, a protective coating on the display to help against scratches, along with a “water repellent barrier”—although this device is not waterproof. The Motorola Razr 5G ships this fall with Android 10 out the box. 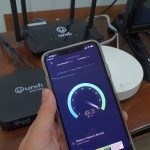 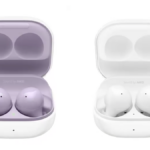