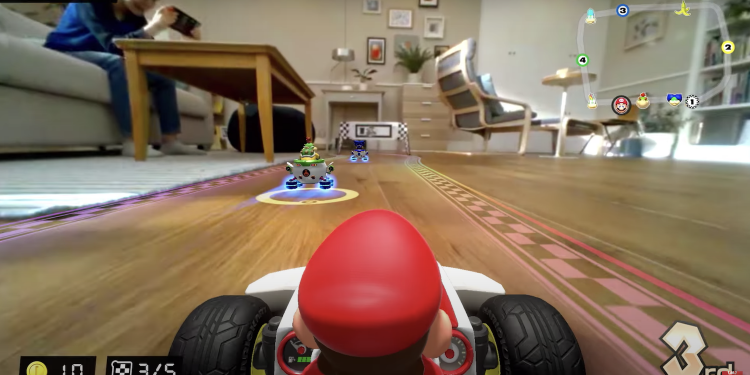 “The physical kart responds to boosts in-game and in the real world, stops when hit with an item and can be affected in different ways depending on the race. Players place gates to create a custom course layout in their home, where the only limit is their imagination. Race against Koopalings in Grand Prix, unlock a variety of course customisations and costumes for Mario or Luigi, and play with up to four players in local multiplayer mode,” said Nintendo.

In the trailer, a kid plays Mario Kart Live: Home Circuit on his Nintendo Switch, while a toy version of Mario in his Kart racing by in the living room. The cars, along with a virtual racecourse, then appear on the Switch’s screen. The game brings together the classic game with augmented reality (AR).

The game is not your ordinary Mario Kart, as it allows you to pilot a physical toy Kart that’s racing opponents in-game. However, I’m slightly worried for fans who are keen to play the game if they have a smaller living space—compared to what was shown in their trailer. Will it still work with a tiny city apartment?

Mario Kart Live: Home Circuit is expected to launch on 16 October, for USD99.99 (RM410.80) each. If you’re a bigger fan of Mario’s brother Luigi, you can purchase the Luigi variety—which comes with a Luigi themed Kart.