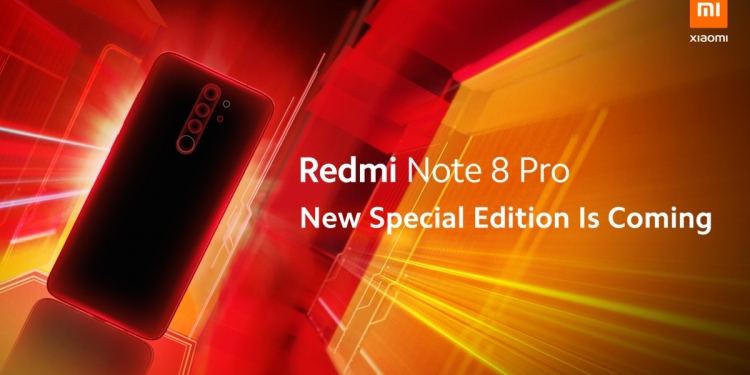 Xiaomi had shared a teaser of the Redmi Note 8 Pro special edition through its global Twitter account yesterday while asking its followers to guess the colour of Xiaomi. The Redmi Note 8 series was introduced 10 months ago in Malaysia and the Pro model runs on a MediaTek Helio G90T processor and has a quad-camera setup featuring a 64MP main camera.

From the looks of it, this could be the same Twilight Orange version of the Note 8 Pro that was launched in China last year. Apart from the striking paintjob, there’s a contrasting stripe at the rear which is longer than the Redmi 8.

Based on some photos taken of the Twilight Orange phone, it appears to come with frosted back which gives it a more upmarket feel. In terms of specs, it is likely to remain unchanged from the standard model. In China, the device is offered in either 6GB or 8GB of RAM with 128GB of internal storage.

It isn’t clear if the special edition device will be released in Malaysia but since the hardware is a year old, it would be hard sell even with a slight mark up. The sub-RM1,000 category is highly competitive and retailers have been dishing out discounts for the newer Redmi Note 9 series. When the Redmi Note 9S was announced a few months ago, its 2020 Mi Fan Edition device was sold for RM50 extra but it came with a free Mi Band 4 bundle. The latest Redmi Note 9s and Note 9 Pro are running on a Qualcomm Snapdragon 720G processor.

Apart from the Redmi phone, Xiaomi is also releasing a more premium version of the Mi 10 flagship series to celebrate its anniversary. It is expected to run on a Snapdragon 865+ processor and would come with an upgrade camera setup. All shall be revealed tomorrow.