Movement Control Order extended by two weeks until 12 May 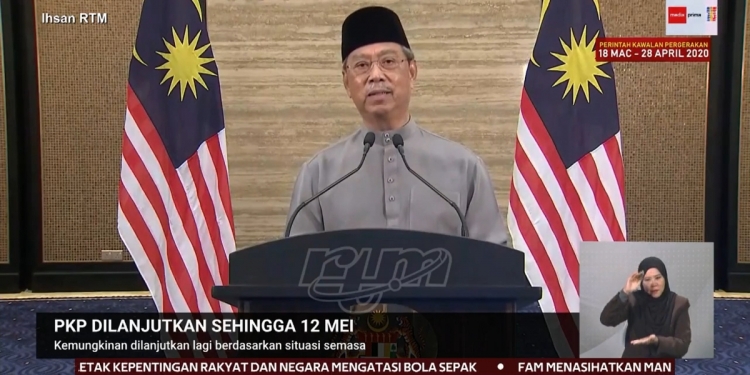 Prime Minister Muhyiddin Yassin has announced a further two-week extension for the movement control order. The MCO is now scheduled to end on 12th May 2020.

This marks the third extension after the MCO took effect throughout Malaysia on 18th March 2020. Initially, it was supposed to end on 31st March but it was then extended until 14th April. Then two weeks ago, another extension was announced and it was supposed to end on the 28th of April. Although it is tentatively ending on 12th May, the Prime Minister has advised everyone to be prepared for further extensions.

The Prime Minister has also announced some slight loosening of restrictions. Students residing at campuses will be allowed to go home very soon. The government estimates that there are over 100,000 students and they will make necessary arrangements to ensure that all students are in good health before they are permitted to return to their families.

For those that are in their hometowns and wish to return back to the city, a one-time permission will be considered for those who have left before the MCO was implemented. This movement will involve a large number of people and the government is collecting the necessary data before making a decision.

Those intending to travel from their hometown to the city are required to submit their applications online or at the police station. As highlighted by Senior Minister Datuk Seri Ismail Sabri Yaakob, this doesn’t mean that city folks can balik kampung during Ramadhan. More details will be revealed later and they will consult authorities including the Ministry of Health before a decision is made.

As of today, there are 5,603 confirmed COVID-19 cases in Malaysia with a total of 95 deaths so far. There are 71 new cases and 2 deaths reported today. In terms of recovery, 90 have recovered today which brings the total of recoveries to 3,542 which is 63.2%.

At the moment, 1,966 cases are still receiving treatment with 42 currently in ICU. 21 cases require respiratory support.

Movement Control Order extended by two weeks until 12 May