Is Malaysia ready to handle the 2019 Novel Coronavirus from Wuhan? 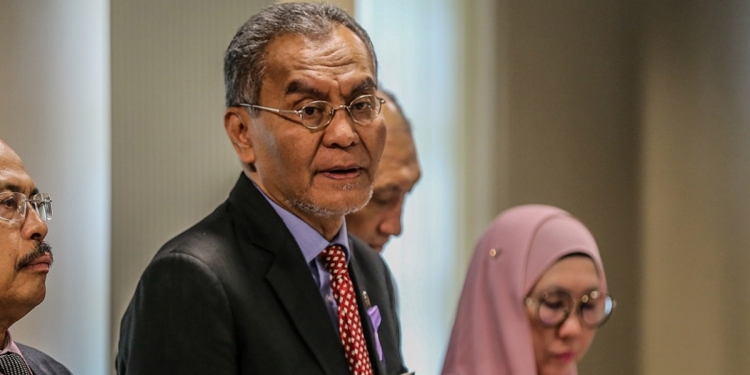 Pick a random coffee shop. Walk in, and have a seat. Look around you, and if you listen carefully, you’ll notice that amidst the loud chatter of the boisterous Malaysian crowd, there’s a common topic being discussed: The Wuhan Virus. Officially called the 2019 Novel Coronavirus (2019-nCoV), the outbreak of the virus has caused a reaction that isn’t too dissimilar to mass hysteria, with reports of companies like Google and Apple shutting down corporate offices in China only adding fuel to the flames.

Of course, with over 31,340 confirmed cases around the globe, it’s not an unnatural response to what has become a global pandemic—the World Health Organisation (WHO) recently declared the outbreak to be a global health emergency, after all. Meanwhile, we’ve seen the number of cases in Malaysia rise to 15 at the time of writing, which has led a host of strange and—frankly—unbelievable rumours making the rounds on social media and messaging apps.

But often times, things need to be put into context. Out of the 14 confirmed cases thus far, only 2 are Malaysians. And out of the global number of 31,340, only 217 cases are of patients outside of China. But the panic has truly set in, with pharmacies struggling to meet the abrupt (and great) demand for face masks, and there have even been arrests made in relation to unnecessarily inciting fear among the masses. Beyond keeping good hygiene practices—and possibly figuring out how to wear face masks properly—there isn’t really much else you can do to “avoid” the coronavirus.

Based on their track record, perhaps we should give Malaysia’s health officials the benefit of the doubt. Historically, Malaysia has had its fair share of outbreaks to deal with. In fact, Malaysia ranks at No. 18 globally on the Global Health Security (GHS) index, which is a measurement of countries’ health security and capabilities—Malaysia also ranks at No. 3 in Asia. For some comparison, Singapore ranks at No. 24 in the world, while Japan is at No. 21. Arguably, this is evidence of a capability to handle outbreaks, which has also been commended by the World Health Organisation.

Still not convinced? Let’s have a look at Malaysia’s proven track record at containing, dealing with, and surviving some of the world’s deadliest outbreaks.

The SARS coronavirus killed at least 774 people around the globe in the early 2000s, and just like the Wuhan coronavirus, was said to have its roots in bats. However, that isn’t the only similarity when it comes to the novel coronavirus. Both viruses—as zoonotic diseases—spread to people from animals, which means that patient zero for both diseases probably transmitted the disease in a wet market.

The disease had been first detected in November 2002, and the outbreak was deemed as “contained” by the World Health Organisation in July of 2003. While 8,000 people were infected in 29 countries, only 5 cases were confirmed in Malaysia, with 2 deaths reported.

Back in 2003, Malaysia imposed a week-long travel restriction on visitors from mainland China, Taiwan, Hong Kong, along with Vietnam. A week later, the restriction was relaxed—those from China and Vietnam only needed to obtain medical certificates to check that they were SARS-free to enter the country. However, the move had ramifications on the tourism and travel industry in Malaysia, with the total number of tourists visiting Malaysia falling by 20.5% in 2003.

Still, it’s a move that the Malaysian government felt was necessary at the time, and the containment of the outbreak was given priority over tourism revenue for the year.

Just over 10 years ago, another flu outbreak was happening. Influenza A (H1N1)—commonly known as “swine flu”—began in Mexico, with Malaysia’s first case reported in May 2009. For their part, the health authorities in Malaysia stayed on high alert, and closed schools in an effort to contain an outbreak which, by June of 2010, had reportedly infected almost 15,000 people, with a total number of 88 deaths.

But something to note is that there are still cases of H1N1 infections, more than 10 years on. 8 children in Sabah were confirmed to have H1N1 infections, and you can technically still get infected. The Centers for Disease Control and Prevention (CDC) confirms that there is a 2009 H1N1 influenza vaccine, and recommends that pregnant women, people who live with or care for children younger than 6 months of age, health care and emergency medical services personnel, or those with chronic health conditions, get vaccinated.

Additionally, the Health Ministry also had the National Influenza Pandemic Preparedness Plan (NIPPP), which helped to coordinate the response plan for an influenza-related pandemic. The Health Ministry also imposed health screenings to and from Mexico, while thermal scanners were installed at entry points at the Kuala Lumpur International Airport (KLIA).

The Nipah virus was first seen in Malaysia in 1999, with most of the early cases involving direct contact with infected pigs. From September 1998 to May 1999, there were 265 cases of the virus with 105 deaths, and the outbreak severely affected the pig-farming industry.

Initially, the Malaysian health authorities were under the impression that Japanese Encephalitis (JE) was behind the outbreak. This meant that measures taken during the initial stages were rather ineffective, and the outbreak failed to be contained, spreading through the country and to neighbouring Singapore.

Eventually, a virologist at the University of Malaya discovered the root cause of the infection, with the origins coming from a native fruit bat species. Further studies eventually led to the culling of more than a million pigs, which—again—cost the Malaysian market significantly. Since then, there have been no cases reported in Malaysia (or Singapore).

Malaria is an on-going public health problem in Malaysia. However, the National Strategic Plan for Malaria Elimination was set up by experts and health authorities in Malaysia with the aim of eradicating malaria from Peninsular Malaysia by 2015 and from East Malaysia by 2020.

The World Health Organisation has shared that Malaysia achieved “zero indigenous human malaria cases” in 2018, achieving its goal 2 years ahead of schedule. Here’s their analysis:

“Ensuring prompt malaria diagnosis, treatment and surveillance in remote, hard-to-reach regions played a key role in Malaysia’s elimination success. However, the risk of imported malaria remains a key concern. Temporary foreign workers in Malaysia, many of whom are undocumented, may expose the local population to the disease.”

A recent case of MERS was reported on the 1st of January, when a 55-year-old man returning from his pilgrimage to Saudi Arabia tested positive for the disease. The Ministry of Health investigated 70 individuals who came into contact with the 55-year-old, with a few hospitalised for further tests.

As of now, Malaysia is free of the MERS virus, and no new cases have been reported since. All in all, the total number of positive tests for MERS in Malaysia stands at 2.

It’s not all doom and gloom

No one is denying that the 2019 novel coronavirus is indeed a deadly outbreak. But despite the panic that has been setting in amongst the masses, it’s also reassuring to know that Malaysia has done well in handling similar times of crisis before. Contrary to what many on social media would have us believe, Malaysia’s preparedness and ability to handle an outbreak is seemingly at an international standard.

An official from the World Health Organisation (WHO) recently commended the Malaysian authorities for how they have managed and contained the spread of the 2019 novel coronavirus. Dr Lo Ying-Ru, the WHO Representative to Malaysia, Brunei, and Singapore, said that the authorities here have be excellent, while they’ve also been transparent to the public—crucial, in times such as these.

And despite the spreading of fake news that paint such a bleak picture of Malaysia and the Wuhan coronavirus situation, perhaps we should all have more confidence in our health professionals and the health system in general.

Because if history tells us anything, Malaysia has been proven to be rather good at handling deadly outbreaks.

Is Malaysia ready to handle the 2019 Novel Coronavirus from Wuhan?