TM aims to be the first 5G SA network in Malaysia 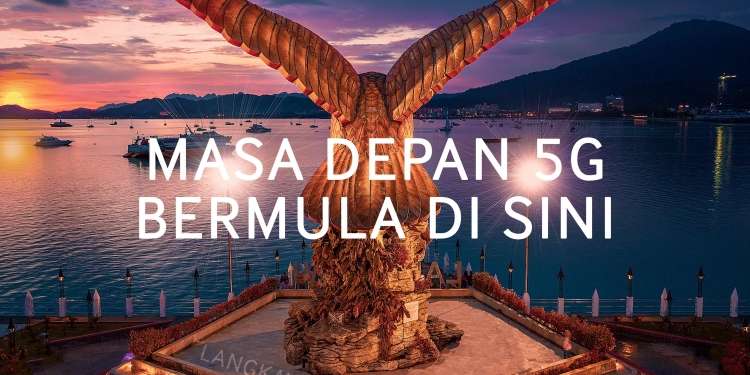 According to a source to the matter, Telekom Malaysia will begin a live 5G transmission in Langkawi on the 5th December 2019. This is expected to be the first deployment of 5G Stand Alone (SA) network in the country. It is said that TM is planning to use C-Band (3.5GHz) for the SA network.

According to TM, SA is the future of 5G network deployment and this will be crucial to fast track 5G implementation in the country. The demonstration in Langkawi will allow TM to test new 5G features and to assess the best way to deploy nationwide 5G infrastructure. In addition, TM is also testing the implementation of a converged 5G core which allows co-existence of both Non-Stand Alone (NSA) and Stand Alone (SA) network on a single platform.

On top of that, TM also intends to test and demonstrate Dynamic Spectrum Sharing which allows the same spectrum to be utilised for different mobile technology simultaneously through multiple bands of spectrum. With 5G being a new technology, TM aspires to deliver an efficient and cost-effective 5G infrastructure through the access regulations implemented by the MCMC. The upcoming network will leverage on TM’s extensive fibre networks including submarine cables, telecommunication towers, and Cloud computing.

TM also wants to minimise duplication of 5G networks to reduce cost and this will translate to savings and lower prices to consumers. According to TM, they are open to working together with other operators during the 5G demo projects.

The rollout in Langkawi is among the 5G demo projects that are currently being deployed nationwide. Apart from Langkawi, TM has also started its 5G demonstration in Subang Jaya to test out its 5G connected smart traffic light, smart safety, smart security and smart parking system in partnership with Majlis Perbandaran Subang Jaya.

In case you didn’t know, most early 5G deployments worldwide are based on a Non-Stand Alone (NSA) architecture. NSA uses existing 4G networks as an anchor which allow faster 5G rollout but it doesn’t offer the full potential of 5G. Meanwhile, a Stand Alone (SA) 5G network will utilise a 5G core without LTE and it can support a wider range of 5G use cases and offer ultra-low latency.

TM aims to be the first 5G SA network in Malaysia