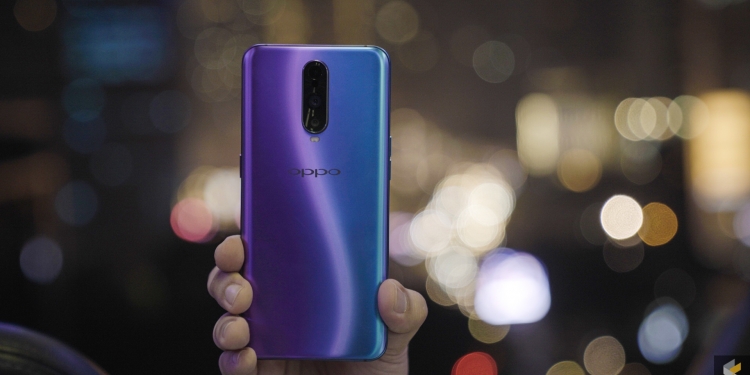 The OPPO R17 Pro is launching in Malaysia this week and this is OPPO’s new premium mid-range smartphone that comes with a triple-camera setup. Ahead of its arrival, we had a chance to unbox the R17 Pro at 45 metres in the sky.

To recap, the OPPO R17 Pro features a 6.4″ Full HD+ display that comes with a tiny waterdrop notch. The display has an aspect ratio of 19.5:9 with a 91.% screen to body ratio. For a clean look at the rear, the R17 Pro features an in-display fingerprint sensor.

Under the hood, it is powered by a Qualcomm Snapdragon 710 processor with 8GB of RAM and 128GB of internal storage. For imaging, it has a 12MP main camera with a variable aperture of f/1.5-f/2.4 which is similar to the Galaxy Note9.

There’s also a secondary 20MP f2/.6 shooter and a third sensor that’s dedicated 3D depth sensing. It front it has a 25MP selfie camera that comes with a host of AI beautification features. One of the main camera highlights is its Ultra Night Mode which allows you to take a long exposure shots handheld. This is somewhat similar to Huawei’s Night Mode on their latest flagships.

The R17 Pro packs a 3,700mAh battery which supports OPPO’s new Super VOOC flash charging technology. OPPO claims that the 50W charger is able to push 40% charge in just 10 minutes on the cable. Out of the box, it runs on Android 8.1 Oreo with ColorOS 5.2 skin on top.