The Mi MIX 3 isn’t just Xiaomi’s best full-screen smartphone with a 93.4% screen to body ratio, but it also carries their best camera set up yet. The front gets a 24MP + 2MP dual-camera combo that’s hidden underneath a sliding mechanism, while the rear comes with a 12MP f/1.8 + 12MP f/2.4 configuration.

When the device was announced, DxOMark Mobile had also published its Mi MIX 3 camera review. According to them, the Xiaomi full-screen device is among the top 5 best smartphones on their list. 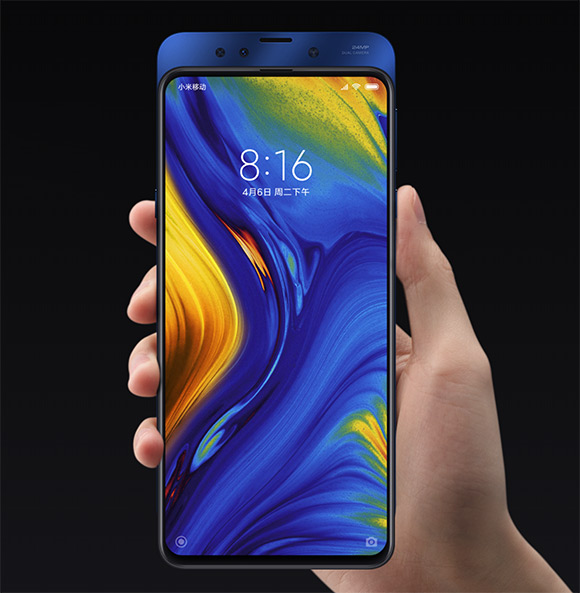 Overall, the Mi MIX 3 scored 103 points which is the same score as the Galaxy Note9 and HTC U12+, and it’s a point higher than Huawei’s dual-camera P20. When compared to its predecessors, the Mi 8 scored 99 points while the Mi MIX 2S scored 97 points overall. If we break it down by category, the MIX 3 scored 108 points for photos which is just a point higher than the Note9 but it loses to the Samsung flagship by one point in the video department. 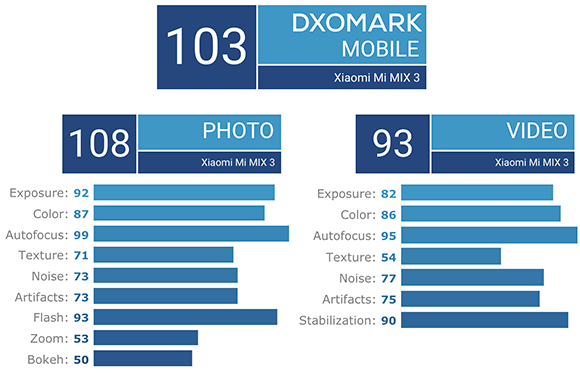 With its dual PDAF setup, DxOMark Mobile remarked that the Mi MIX 3 has fast and accurate autofocus in all lighting conditions and it can deliver in-focus images each and every time. White balance is said to be accurate and they have reported that it has a wide dynamic range in both outdoor and indoor situations. The camera benchmark site also acknowledged a high level of noise in high-contrast situations. and they noticed inconsistent bokeh experience in Portrait mode.

For videos, they found the MIX 3 to have a similar experience to the Mi 8 where it offers accurate autofocus and good tracking. They added that its improved stabilisation which uses both OIS and EIS give it an advantage when recording in dim situations. However, they do note that there’s visible noise in low light and sometimes there are autofocus issues when there’s a scene change.

SEE ALSO:  Now, all Twitter accounts with at least 600 followers will be able to host Spaces

You can read their full review here. Below is the current smartphone ranking on DxoMark Mobile: