HTC VIVE has been the leader in room-scale Virtual Reality (VR) and presumably one of the most advanced VR systems in the market. If you have been dreaming to get yourself a pair of HTC Vive, well I have good news for you. HTC Malaysia has confirmed that the HTC VIVE and VIVE Pro Malaysian launch will be taking place on the 31st October as indicated in a media invitation. Details about pricing and availability will come as we move closer to the launch date, in the meantime, let’s see what these headsets are capable of. 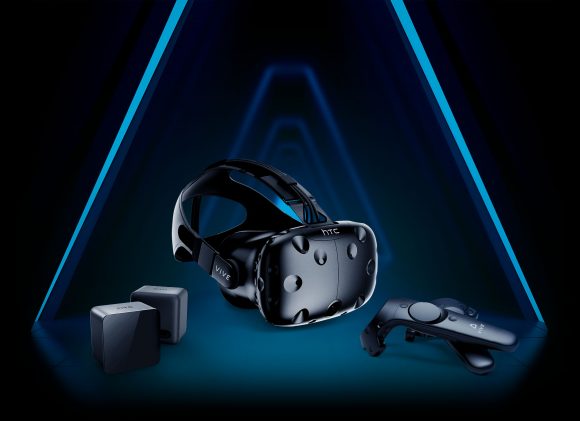 Firstly, let’s talk about the “lower-spec” version the two headsets, the HTC VIVE. The VIVE VR headset has a refresh rate of 90Hz and a 110-degree field of view. The device uses two 3.6-inch OLED panels, one per eye, and it has a display resolution of 1200×1080 pixels (2160×1200 pixels combined). The headset will connect via a hardwire to a PC, which will run games and other VR software.

Speaking of games, the HTC VIVE is powered by SteamVR, which allows you to enjoy a huge selection of VR apps and games on Steam. Therefore, you can play your entire Steam game library in virtual reality on a virtual big screen TV. Besides that, the VIVE also supports VIVE Base Stations, also known as the lighthouse tracking system which creates a 360-degree virtual space. The tracked area requirements are 2×1.5m room size minimum and 5m maximum between base stations. It also relies on a single 3-in-1 combo cable consisting of the HDMI input, the power input as well as a USB port.

The HTC VIVE Pro, on the other hand, is an upgraded version of the HTC VIVE. In terms of its display, it features a dual AMOLED 3.5-inch diagonal display that pushes a resolution of 1600×1440 pixels per eye (2880×1600 pixels combined). Similar to the HTC VIVE, it has a refresh rate of 90Hz and a 110-degree field of view. Other than that, the headset supports the latest Steam Base Station 2.0 tracking stations. It gives the ability to use up four base stations instead of the two used by the original VIVE. Therefore, you are able to get a larger virtual reality coverage to an area of 6×6 meters, plus it also has improved multiplayer support.

If you are sick of tripping over the HTC VIVE’s cord when you are moving blindly across the physical space, then you will be happy to know that the Vive Pro supports the optional VIVE wireless adapter for untethered operation.

Since the launch is just a few days away, we will definitely get more insights by then. For more information on these handsets, you can head on to their website here.