Apple is finally releasing its iPhone XS, iPhone XS Max and iPhone XR in Malaysia this coming Friday. If you’re thinking of getting one on a contract, we have compared the plans from Malaysia’s big four telcos – Celcom, Digi, Maxis and U Mobile, for your easy reference.

All four telco have started accepting pre-orders since last Friday and it will be available officially this coming Friday, 26 October. For those who are eyeing the cheaper iPhone XR, all telcos except Digi have revealed their bundled pricing on contract.

While it is tempting to go for a higher commitment plan that offers a lower price tag for the latest iPhone models, you could be spending more for what you don’t really need. We recommend picking a plan that gives you the right amount of data at a subscription fee that’s within your budget. For example, if your monthly data consumption is less than 20GB month, then there’s no need to commit to a postpaid plan that offers 60GB of data.

At the moment, all four telcos are offering the iPhone XS, XS Max and iPhone XR with a 24-month contract. Below is the breakdown including the device cost for all storage options, subscription fee and the minimum cost of ownership inclusive of 6% SST for the postpaid plan. You can click on the table below for a larger view.

SEE ALSO:  Will the iPhone 13 have a smaller notch?

Take note that minimum cost of ownership is calculated based on the 24-months subscription fee without any additional usage such as roaming, IDD calls and other services that are not covered by the plan. This calculation is included only as a guide and your actual bill usage may vary depending on real life usage. For plans under RM130/month, Digi has the lowest monthly commitment with its RM90/month plan that comes with a total of 30GB with its mandatory GBoost add-on. While the iPhone XS is the most expensive here at RM4,007, the total cost of ownership is the lowest at RM6,297 (Device + 24 month subscription).

The next affordable option in terms of ownership is U Mobile’s P99 plan at RM99/month. This is also the only postpaid plan that offers unlimited data. However, do note that U Mobile’s P99 plan has limited quota for hotspot usage and its nationwide 4G coverage is not as extensive as the other 3 players.

While Celcom’s FIRST Gold Plus has the second lowest subscription fee, it has the third most affordable cost of ownership here since its device pricing is slightly higher than U Mobile. As an added value, Celcom is offering 100GB free video streaming data for all plans. As usual, Maxis is the most premium of the lot and its most affordable option is their MaxisONE Plan 128 that offers 40GB of data for RM128/month. If you’re looking at this price range, all four telcos are offering at least 50GB of data, which is more than enough for most users. The cheapest iPhone XS 64GB is offered by Digi for RM3,177 on its Digi Postpaid 190 plan but it carries the highest minimum cost of ownership of RM8,011 (inclusive of 24 months postpaid subscription). In this premium tier, the most affordable option is Celcom’s FIRST Platinum Plan at RM148/month for 60GB data and it has a minimum cost of ownership of RM7,243. As usual, Maxis is still the more expensive option and it has less quota compared

If you don’t want to fork out too much money upfront, both Celcom and Maxis are offering instalment plans where you can pay for the iPhone over a 24-month period. Since we are focused on owning the device, we’ve included the plans where you get to keep the device after 24 months. We didn’t include the cheaper Zerolution 360 or EasyPhone Rent option as those plans are meant for consumers that wish to swap phones instead of keeping it after a certain period of time.

While these instalment plans are easier to own, the total cost of ownership is actually higher than the standard contract plans. If you’re looking to save more money, we suggest going for the non-instalment option. Apart from the actual device pricing and plan subscription, there are other factors to consider before committing to a 24-month contract. One of the key things to look out for is network quality and coverage which varies depending on location. There’s no point having a plan with generous amount of data, if you can’t enjoy it fully due to poor reception at your area.

So which postpaid plan would you go for? Let us know in the comments below. 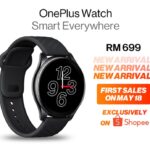 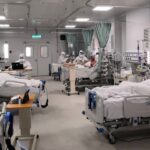 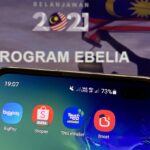 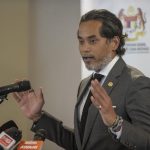