UPDATE: DirectD has clarified that the base model comes with 128GB, not 256GB storage as indicated earlier.

Asus Malaysia is launching the ROG Phone in Malaysia very soon. To secure your unit with official local warranty early, retailer DirectD is now accepting pre-orders for the gaming device which will come in either 128GB or 512GB of storage.

While the price isn’t announced yet, DirectD has hinted that the ROG Phone will be priced above the RM3,000 mark for the base 128GB version. To secure your unit, you can place a booking deposit of RM500 now and pay the balance once the unit is officially available.

The launch should be happening very soon as DirectD has listed an estimated time of arrival of 1-2 weeks. The standard ROG Phone comes with an AeroActive Cooler and you also gets a 30W fast charger out of the box. To recap, the ROG Phone is a gaming-centric smartphone that features a 6.0″ Full HD+ AMOLED display that has a 90Hz refresh rate and 1ms pixel response time. It runs on a 2.96GHz Snapdragon 845 processor that’s mated to 8GB of RAM. 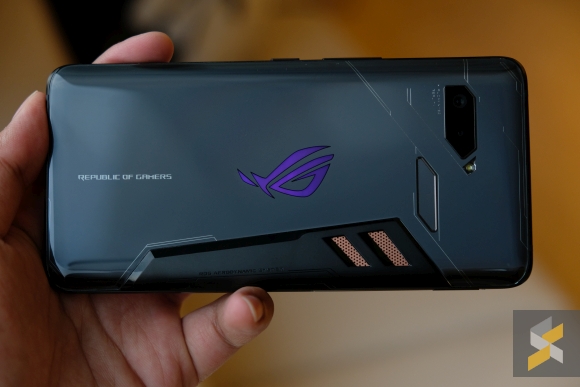 The device gets a 12MP + 8MP dual-camera setup as well as an 8MP selfie camera. Powering the device is a 4,000mAh battery which supports fast charge via USB-C. It has an additional USB-C port at the side plus a 3.5mm headphone jack, a feature which is lacking on the RazerPhone and BlackShark.

If you’re interested in the ROG Phone with official Asus Malaysia warranty, you can pre-order now at DirectD. For those who can’t wait, you can get the imported set from Mobile2Go.