This is Apple’s current solution to iPhone XS #ChargeGate 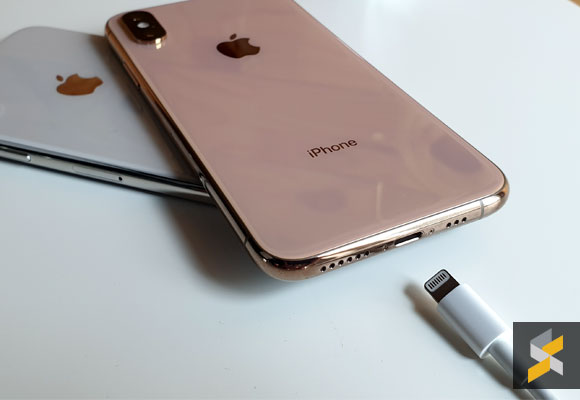 It appears that Apple has an issue with the iPhone XS and XS Max when it comes to charging. Dubbed as ChargeGate, several owners have complained that they can’t charge when the phone is in sleep mode. Lewis from Unboxed Therapy had run a test on multiple devices and it appears that this problem affects not all but certain units at random.

At the moment, Apple has not officially addressed the issue but they are definitely aware of the problem. A couple of users had shared their one to one responses from Apple and it was suggested that you should plug in your lightning cable while the phone is awake. From the looks of it, this could be a problem that could be solved with a software update. For now, the best remedy is to unlock your iPhone before you plug it in. There are no issues so far if you’re using a wireless charger.

Some had suggested that Apple’s USB restricted mode might be the source of the problem. This mode will disable the port after the iPhone is left locked for an hour in order to prevent hacking boxes like the GrayKey from gaining access to your device. Surprisingly, this only issue affects the latest iPhone models and the iPhone X seems to charge just fine.

On our iPhone XS unit, I had encountered a charging issue just once over the weekend. The device was plugged in using a ZMI Lightning cable that’s connected to a 5V2A power source. At first try, it didn’t charge even when I tap on the screen but I managed to get it to charge successfully when I flipped the reversible lightning cable around. I also tried to repeat the charging issue after that but it always charges normally without any issues.

UPDATE: We managed to repeat the #ChargeGate issue on our iPhone XS. Check out the video below:

If you’re using an iPhone XS or XS Max, did you face any issues when it comes to wired charging? Let us know in the comments below.

This is Apple’s current solution to iPhone XS #ChargeGate