Galaxy A8 Star: Samsung’s 6.3″ smartphone with a large battery has arrived in Malaysia 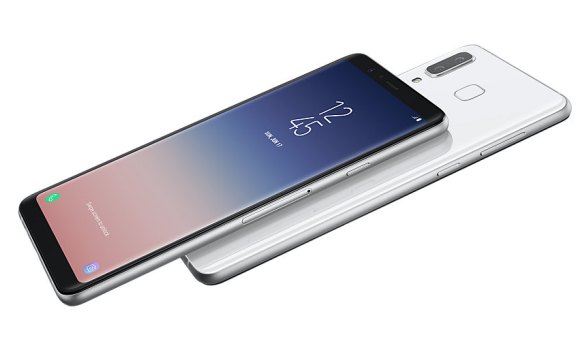 Samsung Malaysia has introduced two new smartphones in our local market that offers a big Infinity Display experience and a large battery. The Galaxy A8 Star comes with a 6.3″ Super AMOLED display while the Galaxy J8 is an affordable alternative with a 6.0″ Super AMOLED display. At time of writing, both devices have not appeared on Samsung Malaysia’s official page but they are listed online via Lazada Malaysia. The Galaxy A8 Star is a premium mid-range smartphone which is priced lower than the Galaxy A8+. In terms of design, the rear gets an “iPhone-X” inspired vertical camera placement at the top left of the device.

In front, it has a 6.3″ Full HD+ display and it runs on a powerful Snapdragon 660 processor that’s mated to 4GB of RAM. There’s 64GB of onboard storage which is expandable via microSD. 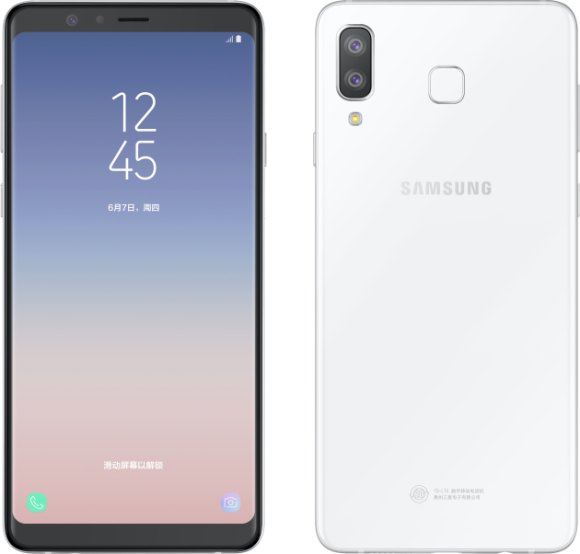 In terms of optics, the rear gets a 16MP f/1.7 + 24MP f/1.7 dual-camera setup which supports Live Focus. Over at the front, it gets a 24MP f/2.0 selfie shooter that comes with Pro-lighting effects. Unlike the Galaxy A8 and A8+, the A8 Star doesn’t come with dust and water resistance. Powering the device is a 3,700mAh battery and it charges via USB-C. Out of the box, it runs on Android 8.0 Oreo. 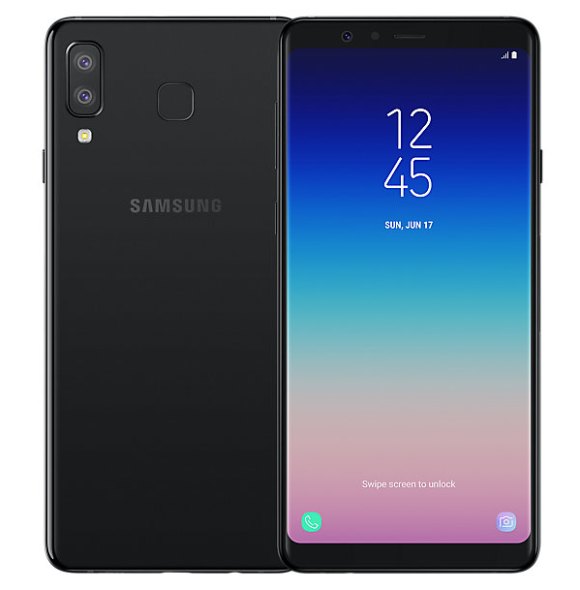 If you’re looking for an affordable alternative, the Samsung Galaxy J8 comes with a 6.0″ HD+ Super AMOLED display and it runs on a Snapdragon 450 processor. For our market, the Galaxy J8 comes with 3GB of RAM and has 32GB of onboard storage that’s expandable via microSD. For imaging, it also gets a dual-camera setup with a 16MP f/1.7 main camera and a secondary 5MP f/1.9 shooter for Live Focus effects. In front, it is listed to come with a 16MP f/1.9 selfie camera.

Powering the Galaxy J8 is a 3,500mAh battery that’s charged via microUSB. It has a triple-slot design (2 SIM + 1 microSD Card) and it also comes with a fingerprint sensor. 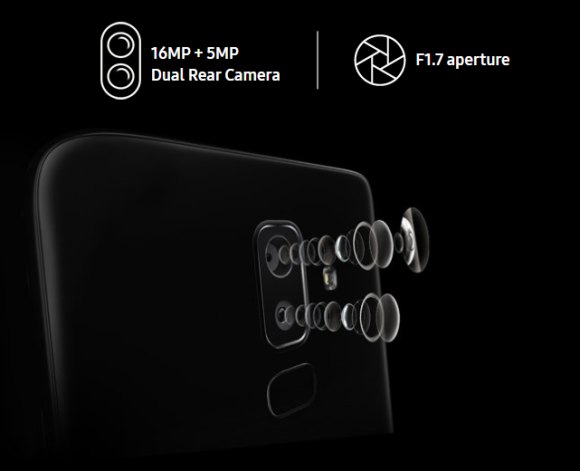 The Galaxy J8 is listed at RM999 on Lazada Malaysia. It’s available in Black, Gold and Purple.

Galaxy A8 Star: Samsung’s 6.3″ smartphone with a large battery has arrived in Malaysia