UPDATE: Huawei has launched the Nova 3 and Nova 3i in Malaysia. Here’s everything you need to know.

Huawei‘s been killing it in the flagship smartphone segment with their head-turner P20 and P20 Pro smartphones.  Today they’re trying to take control of the premium mid-range market too, with two brand new smartphones. They’re called the Nova 3 and the Nova 3i, and on the surface of things these look like very capable smartphones. Of the two, the Nova 3 is the “flagship” device of the Nova range. In fact, it can even stand toe-to-toe with something like the Huawei P20 in terms of specs. Inside, the Nova 3 is powered by a top-of-the-line Kirin 970 octa-core processor mated to 6GB of RAM and 128GB of internal storage (expandable via microSD). On the other hand, the Nova 3i features Huawei’s new mid-range Kirin 710 processor (which Huawei says is on par with a Snapdragon 660) mated to just 4GB of RAM and 128GB of internal storage. 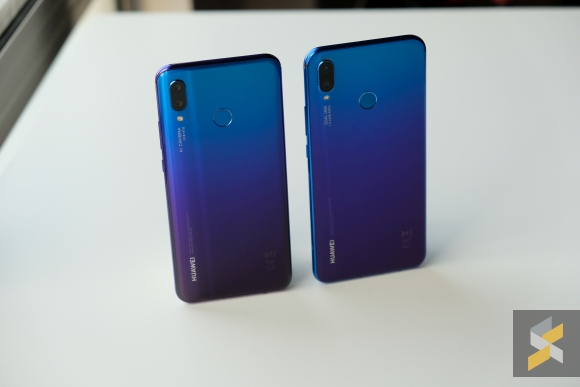 But, at a glance, you might not be able to tell the difference. Both handsets look remarkably similar. I think a big part of that is down to the special two-tone colour scheme that they both share, but the fact that both handsets are made out of what feels like the same kind of materials probably plays a big role too. 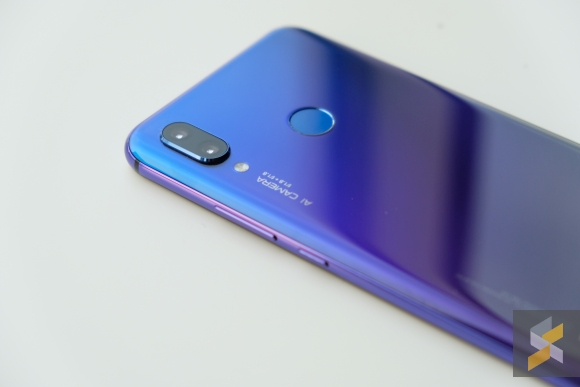 Picking them up though, you’ll immediately notice a difference. The more expensive Nova 3 feels more expensive too. Its got nice rounded metal frame and a curved back so it nestles gently into the palm of your hand. There’s also a lot more heft to the Nova 3 than the lighter Nova 3i. However, that’s not to say the Nova 3i feels cheap. By itself, the phone feels like your run-of-the-mill mid-ranger, but the device’s flat back, rougher edges and lighter weight definitely makes it feel less expensive compared to its sibling. Other differences lie in the battery and the way you charge the devices. While the Nova 3 features a juicy 3,750 mAh cell that charges via USB Type-C (with support for 9V2A fast charging), Huawei’s Nova 3i only comes with a 3,340 mAh battery that charges via microUSB. Good news is that Huawei didn’t cut the 3.5mm headphone jack from either smartphone. Both handsets feature the same 6.3-inch Full HD+ display, pushing a resolution of 2340×1080 pixels. For the notch haters, both devices unfortunately also come with a notch and they look like the biggest ones on a Huawei device yet. Still, both screens look good and sharp enough so I don’t really have much to complain here. Although both phones have quad cameras, not all quad cameras are made equal. On the Nova 3, you’re getting a 16MP RGB + 24MP monochrome sensor at the back with f/1.8 aperture lenses. In front, there’s a 24MP f/2.0 main selfie shooter paired to a 2MP secondary shooter for depth effects. While the Nova 3i has the same 24MP + 2MP selfie shooter as the Nova 3, the 3i only comes with a 16MP + 2MP main camera at the back which really drives home the point that this phone is meant for selfies. Unfortunately, I can’t comment too much on the smartphone’s image quality (or software performance for that matter) because both of the devices we have are on an early build. That’s also the same reason why I can’t comment on the Nova 3’s face-unlock with IR sensor compared to the Nova 3i’s regular face-unlock. You’ll just have to stay tuned for the full review. I can tell you that if Huawei prices these phones right in Malaysia, they’ve got one helluva dynamic duo on their hands. The company’s Nova 2i was a benchmark device on its launch, as it was the first phone to feature quad cameras and a “full view” display. This time, they’ve not only upped the ante in performance, but they’ve also prettied up the Nova phones considerably compared to its rather dull predecessor.

It’s not hard to see that Huawei’s building on what worked with their P20 series and bringing it down to a more affordable segment in the market. You could almost look at it like the P20 and P20 Pro that you might be able to afford. But that also runs into its own set of issues because we already have a really affordable version of the P20 in the honor 10. Either way, having more choice is always better for the consumer.

I do have a bit of a gripe though: Why is Huawei trying to make all their phones look identical? What do you think of the Nova 3 and Nova 3i? Let me know in the comments below.