OPPO will be launching the Find X in Malaysia this month Oh snap. We just received news that the OPPO Find X — easily the most exciting smartphone we’ve seen in 2018 so far — will be launching in Malaysia in two weeks. Yes, that’s the phone with the motorised sliding camera that pops up. 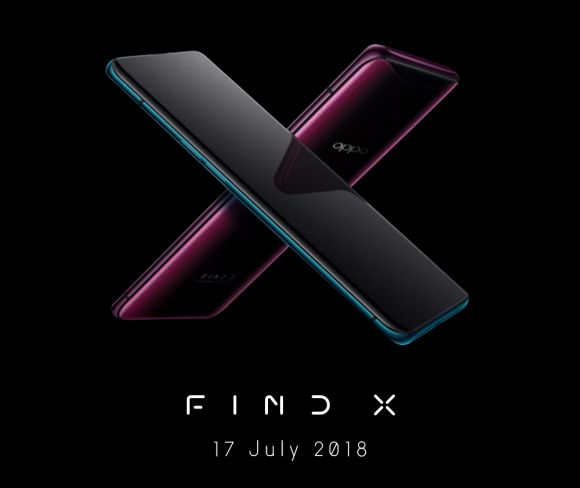 According to the email we received, OPPO’s flagship product will be arriving in Malaysia on the 17th of July 2018 — which is the following Tuesday. Beyond that, not much else was revealed but we’ll keep you posted as we learn more about it.

In case you missed our coverage of the Find X’s launch, the Find X is exciting for a number of reasons. The first, of course, has to do with the handset’s jaw-dropping camera system. Yes, if you look at it on paper, the 16MP + 20MP dual-camera at the back and 25MP selfie shooter up front isn’t something we’ve never seen before. But, because OPPO wanted to push for an all-screen front, they had to hide the camera. Instead of shoving them all in a tiny notch like we’ve seen so many others do, OPPO actually developed a motorised top section of the phone that would slide up at the push of a button and reveal both the front and back cameras.

Yes, we’ve seen the vivo NEX with a motorised front camera before, but that looks more like an amateur’s school project compared to this. OPPO’s taken it one step further with a level of polish that I didn’t think was possible for a first-gen device. I mean, it pops up in just 0.5 seconds!

What’s more, the Find X doesn’t have a fingerprint scanner so OPPO’s developed a 3D face scan unlock feature that’s not unlike Apple’s Face ID on the iPhone X. And yes, it’s also hidden in the motorised section next to the selfie camera so you get this cool James Bond-y vibe when you unlock your device.

The rest of the OPPO Find X is your standard high-end flagship affair. Well, except for that gorgeous, practically bezel-less, 6.4-inch dual-curved AMOLED display up front. Yes, it only pushes a resolution of 1080p, but wow is it a looker.

Inside, the phone features a Snapdragon 845 processor, 8GB of RAM and 256GB of internal storage. It’s also powered by a 3,730 mAh battery which supports OPPO’s VOOC Flash Charge fast-charging solution.

Unfortunately, it doesn’t feature a 3.5mm headphone jack, water resistance, and comes with a heavily skinned version of Android 8.1 Oreo.

Honestly, I’m most curious about how much OPPO will price this phone at. They’re already well-known for slapping rather high price tags on their mid-range selfie-centric handsets, so I wonder what kind of price tag they will slap on this revolutionary new device.

In Europe, the phone retails for EUR999, which directly converts to about RM4,725. That’s a lot of money for a smartphone but it is worth noting that phones in Europe tend to be more expensive. For instance, in China, the Find X retails for just CNY4,999, which would put it just over RM3,055 if you convert directly. I’m also curious about whether they’ll launch the Find X Lamborghini Edition smartphone with the company’s new Super VOOC that can top up the handset’s 3,400 mAh cell in just 35 minutes. Can you imagine a world where you can fully charge your phone — from 0% — in just half an hour?

If you can’t already tell, I’m super stoked about this phone. But what about you guys? Let me know your thoughts in the comments below.

OPPO will be launching the Find X in Malaysia this month