Despite the declining tablet market, Xiaomi is still releasing a new compact tablet for 2018. Apart from having newer hardware, the new Mi Pad 4 gets support for 4G LTE as well as face unlock. 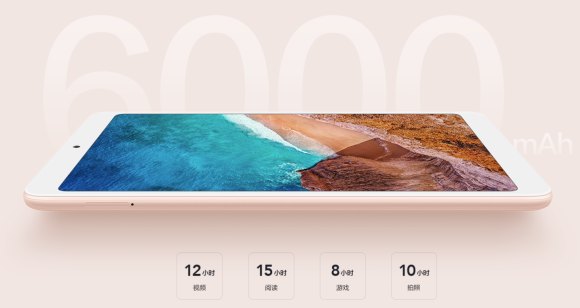 For imaging, it gets a 13MP f/2.0 rear camera that supports HDR and 1080p video, while the front comes with a 5MP selfie camera. While it doesn’t come with a fingerprint sensor, there’s an AI-assisted facial recognition feature using the front camera. Powering this 7.9mm thin tablet is a 6,000mAh battery that charges via USB-C but it’s bundled with a standard 5V 2A power adapter. The device comes in either gold or black. Below is the China pricing for the Mi Pad 4:: It isn’t clear if Xiaomi would sell this 4th gen Mi Pad outside of China. For the Malaysian market, we only got the 1st gen Mi Pad that’s powered by an Nvidia Tegra K1 chipset.