OnePlus 6: Much prettier but fundamentally the same 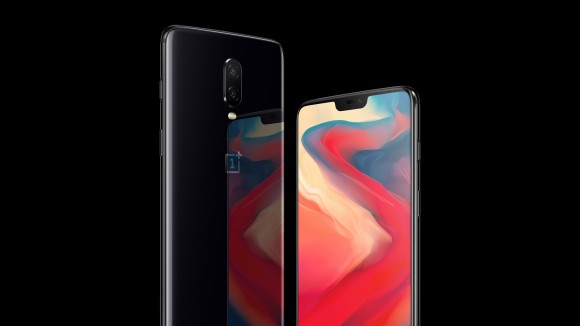 This is it boys and girls. OnePlus’ brand new flagship smartphone, the OnePlus 6 has been officially launched. It’s bigger, it’s faster and it’s probably the prettiest OnePlus flagship since the OnePlus X. 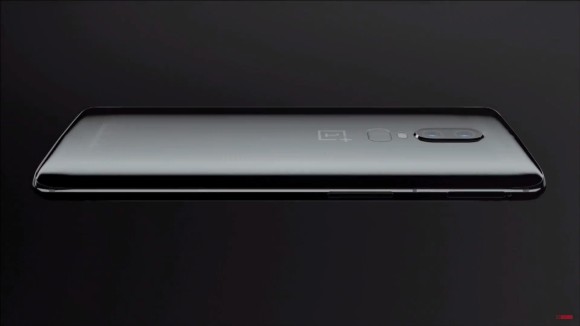 Immediately, you’ll notice the biggest difference between this smartphone and most of the other OnePlus flagships. OnePlus 6 has ditched the aluminium unibody for a much more modern glass sandwich design. With the way the camera module and fingerprint scanner has been laid out, the device looks a lot more like the original OnePlus One than its predecessor has. This sexy new body comes in three different flavours that are a little more complex that simple colour variants. The first is something the company calls Mirror Black and it is probably the most traditional-looking glass-bodied smartphone. It’s shiny, reflective and looks like a huge fingerprint magnet. However, OnePlus claims that they treated the glass with a layer of film so it looks more like ceramic instead of glass. Now where have we heard that before? 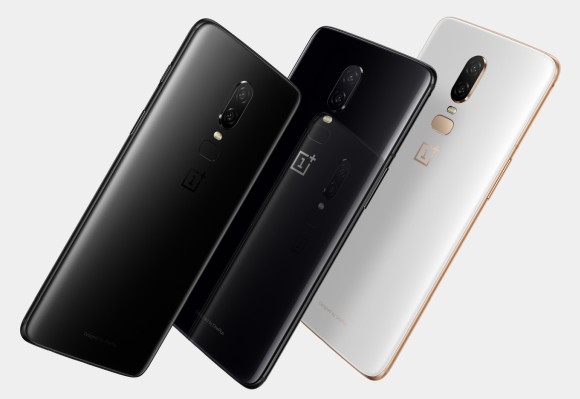 Besides that, there’s also the Midnight Black version which, despite the matte look, also features a glass back. To achieve that look, OnePlus had to use a corrosion process on the glass back. Apparently it feels really nice to hold and, when light reflects off of it, it will form a kind of S shape on the back. Finally, you’ve got the limited edition Silk White option (with a rose gold metal frame) that’s got a matte glass back like Midnight Black, but also contains crushed pearls so the texture on the back feels like the white OnePlus One when it first launched all those years ago. If you’re a spec-hungry person who doesn’t care about the fancy new body, you’ll be happy to know that the OnePlus 6 is still armed to the teeth with the best smartphone specs. It’s powered by a Qualcomm Snapdragon 845 octa-core processor clocked at 2.8GHz, 6GB/8GB of LPDDR4X RAM and features 64GB/128GB/256GB of UFS 2.1 internal storage. 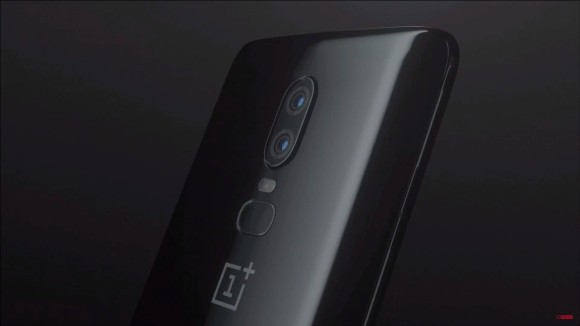 Its speed doesn’t stop there either because the smartphone features a rear-mounted fingerprint scanner that the company says can unlock the phone in 0.2 seconds. OnePlus 6 also brings back Face Unlock which they claim will unlock your handset in 0.4 seconds.  On the connectivity side of things, OnePlus 6 now supports 4×4 MIMO connectivity which will allow speeds of up to 1Gbps.

While the performance parts were upgraded, it is unfortunate that OnePlus weren’t able to upgrade the battery so you’re still stuck with the same 3,300 mAh cell. 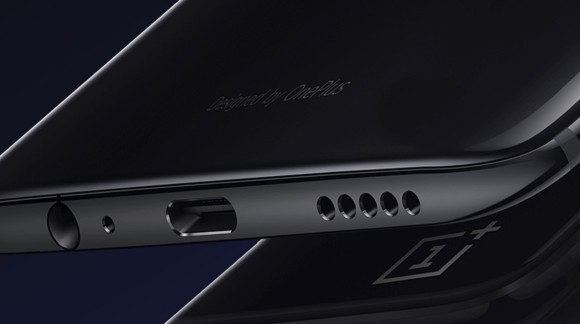 Thankfully, the OnePlus 6 also retains the 3.5mm headphone jack and the company’s excellent Dash Charging fast-charging technology via a USB Type-C port. It’s also got a dual nano-SIM slot, but there is no mention of expandable storage. There is, however, mention of some kind of water resistance, but as the company did not mention any IP rating, I would still be very hesitant about getting this smartphone wet. Now, it’s time to address the elephant in the room: OnePlus 6’s notched display. For you notch-haters out there, you’ll probably be pissed but I personally couldn’t care less. You can hide it in the settings menu, if that’s your thing. 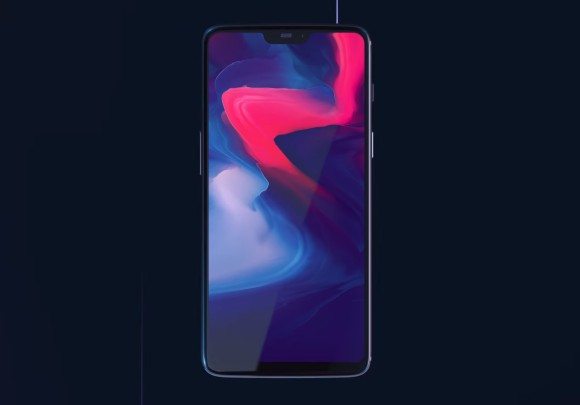 With the 6, you do get more screen real estate, as the company has bumped the smartphone’s screen up in size so it now features a 6.28″ Optic AMOLED display pushing a resolution of 2280×1080 pixels in a 19:9 aspect ratio. Classic OnePlus to stick with the Full HD+ resolution but who cares if the display looks good. It will display in both the sRGB and DCI-P3 colour space. It also features Gorilla Glass 5 on both the front and back of the phone, which OnePlus says means the phone is about as durable as their previous all-metal devices. 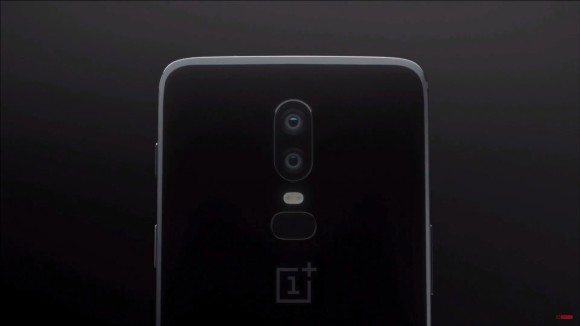 Next, you’ve got the camera. Much like its predecessor, the OnePlus 6 features a dual-camera module at the back. The main sensor is a Sony IMX519 sensor with 16 megapixels and a 1.22 micron pixel size, which is 19% larger than its predecessor. This sensor features both optical image stabilisation and electronic image stabilisation as well as a fast f/1.7 aperture lens. 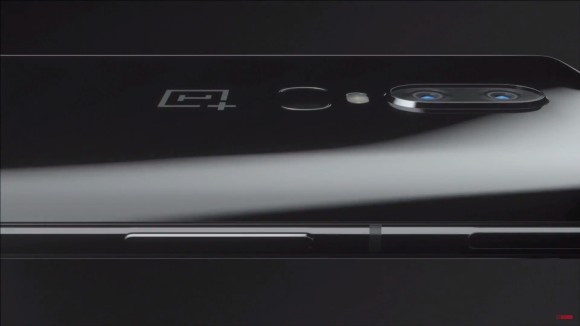 Meanwhile, the secondary sensor at the back is a Sony IMX376K sensor, packing 20 megapixels but with a smaller 1 micron pixel size. That said, OnePlus does not say if this sensor has OIS so I’m guessing it doesn’t. Still, at least it has the same f/1.7 aperture lens.

With this new smartphone, Portrait Mode has been enhanced. OnePlus says that you can now preview Portrait Mode photos immediately after you take them instead of needing to wait a while for it to process. Additionally, OnePlus is also giving you the ability to tweak the shape of the bokeh balls in your image to things like stars and hearts ala Xiaomi Mi MIX 2S. There will also be a software in the coming weeks that will enable Portrait Mode for the 16MP f/2.0 aperture selfie camera too.

Lastly, this main camera is capable of shooting 480 fps slow motion videos at 720p resolution. While that sounds much slower than the 960fps footage modern flagships from Samsung, Sony and Huawei can capture, OnePlus’ slow motion works a little differently. Rather than letting you capture a short burst of slow motion, you can shoot 480 fps video footage for up to a minute and then go back to the footage and choose which segments of the video you want to slow down. If you prefer more standard video formats, OnePlus 6 will do up to 4K at 60fps and normal slow motion 1080p footage at 240 fps. On the software side of things, OnePlus 6 will come running Oxygen OS on top of Android Oreo so you get that same stock-like user experience. This handset will be one of the first phones to feature Android P when it comes out and you can even download the developer preview on this handset.

For the gamers out there, OnePlus 6 packs an updated game mode that will now restrict background apps from drawing precious computing power in addition to suppressing notifications so you can enjoy a smoother gaming experience. Mirror Black and Midnight Black will be available starting the 22nd of May 2018 while the limited edition Silk White will go on sale beginning the 5th of June 2018.

OnePlus 6: Much prettier but fundamentally the same