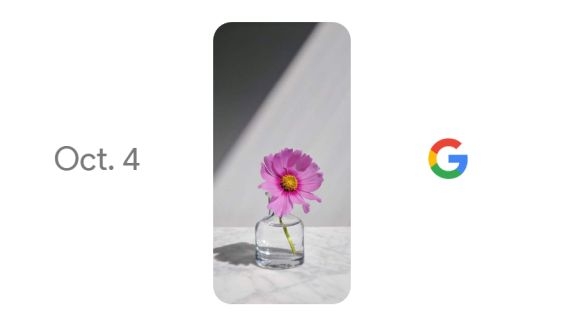 Google has finally revealed the date for their next big event via a cryptic teaser video that doesn’t really reveal much (except the company’s good music taste) besides the fact that something’s happening on the 4th of October.

For those of you who can’t watch this 30-second teaser, it simply shows the unmistakable outline of Google’s search bar slowly transform into the shape of a phone to Redbone’s Come And Get Your Love. Once it has completed its transformation, the date “Oct. 4” and Google’s multicoloured logo appear flanking the new shape.

It does seem pretty likely that the company will be revealing their two brand new smartphones — the Pixel and Pixel XL — which will supposedly ditch the Nexus branding. Many have speculated that the reason behind this name change is that the Pixel phones will be marketed under Google’s own brand and their own vision of an Android device. In other words, it does seem that Google had more of a say in these devices than they did with past Nexus devices.

The HTC-made Pixel and Pixel XL have been rumoured to feature top-of-the-line flagship specs that include a Snapdragon 820 (or 821) processor and a 12-megapixel/8-megapixel back/front camera combo. The biggest differentiating factor between these two smartphones has been rumoured to be their screens. This is because the Pixel will supposedly come with a 5.2-inch Full HD display while the Pixel XL sports a 5.5-inch Quad HD panel instead. Besides the two Pixel smartphones, Android Police has claimed that the Google will also reveal a new 4K Chromecast, Google Home and Google’s VR solution Daydream. Still, none of these have been detailed in the teaser but who knows what might be revealed from now until then.

If you want to keep on top of Google’s announcement, be sure to head on over to the brand new site madeby.google.com and drop your email to be notified. In the meantime, feel free to check out a few leaked images of what is supposed to be the Pixel and Pixel XL that Android Police has stumbled across.