Update: By official we mean out of beta and into version 1.1. Apologies for any confusion. 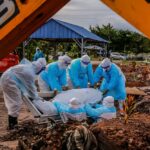