During the Movement Control Order, Malaysians are told to stay at home and internet connectivity has become more important than ever. As a result, there are more people that work and study from home, and it was reported that 70% of Malaysians still rely on mobile data for their connectivity needs.

Due to the increased in demand for data, most mobile telcos have faced congestion especially during the start of the movement control order in March. Opensignal, which provides an independent analysis of mobile experiences have just released a report that focuses on the effect of data consumption on 4G download speeds in Malaysia. The analysis is based on data collected between February to September 2020.

As illustrated above, there’s a huge spike in data usage right after MCO was imposed on 18th of March. During this time, telcos have also provided free data to all active subscribers to support Malaysians working and studying from home.

Weekly average data consumption had increased by about 30% while average speeds have dropped by almost 40%. The overall speeds have slowly recovered on a weekly basis as telcos increased its bandwidth especially for international traffic.

When restrictions were relaxed during the CMCO, data consumption is still 20% higher than the February average. Based on the chart, the overall average speeds have recovered back to pre-MCO levels in September.

What’s interesting is when you look at the breakdown of the respective telcos. Across the board, all providers have shown a similar trend in data consumption with a surge in the first 6 weeks and it slowly tampers off during the CMCO and RMCO period. However, the speed trends are very different for each telco.

Among all telcos, U Mobile has shown the most significant improvement in speed. Not only it recovered its pre-MCO levels by May, but it also recorded double the average speed in September 2020. According to Opensignal, this could be due to its network improvement efforts where it is optimised for greater capacity to support the increased demand.

It’s also worth pointing out that another possible contributor to the jump is its recent speed upgrade for its Giler Unlimited prepaid plan. The GX30 plan which previously offered unlimited data at 3Mbps was given a double speed bump to 6Mbps.

According to Opensignal, Celcom’s network has experienced the highest surge in data usage of up to 44% while its average 4G speeds have dropped by 25%. The blue telco has managed to restore its average speed by May and has been holding relatively well until September.

Meanwhile, Maxis has also seen a steep decline in average speed of 41% during the MCO. Looking at the graph, it appears that Maxis is still struggling to restore back its average download speed to its pre-MCO levels. In September, the 4G speed on Maxis appears to be approximately 25% slower compared to February.

For Digi, its average speed had dropped by 36% and it returned to normal in June. While data demand remains higher than usual, the average speed is still a few percentage lower than the pre-MCO period between June and September.

Among the 5 telcos, Unifi Mobile has the most interesting trend as the speed goes up and down on a monthly basis. This appears to reflect a possible speed throttling for all users when they hit their respective speed cap. From the chart, Unifi customers had suffered the worst with a drop in speed of up to 57% in March. Eventually, the average speeds have risen gradually while Unifi’s data consumption continues to drop back to normal.

Among all the telcos, Unifi appears to be the only mobile operator to have its average data consumption return to pre-MCO levels and this is reflected in May. As a comparison, the other 4 telcos continue to record higher than average data usage.

Do note that the percentage mentioned above reflects the changes in 4G download speed and it doesn’t represent the absolute speed in Mbps. You can view the detailed breakdown for download, upload, latency, video and gaming experience for each state in the previous report.

Opensignal also has a chart that categorises Malaysian 4G users by their average download speeds. Looking at the distribution chart above, users experiencing less than 10Mbps have jumped from 55.5% to 67% during the MCO. However, the situation has improved slightly in June.

According to Opensignal, this illustrates the impact of offering free data to all users. Initially, the free 1GB daily data was applicable for all apps and services which drove up data consumption. In June, the free data offer was later restricted for learning and productivity and it can’t be used for gaming, video, social media and music streaming. The move has helped to improved the network’s performance as average speeds have improved from June onward.

Opensignal has also noted that other factors may have contributed to the improvement. This could include network improvements and more Malaysians returning back to work as Malaysia reopens its economy. Another possibility is the reduced reliance on mobile data as authorities started allowing providers to resume new broadband installations.

SEE ALSO:  EMCO: You can travel across district or state lines for your COVID-19 vaccination

How’s your mobile performance so far? Has it recovered to pre-MCO levels or are you experiencing better speeds than before? Let us know in the comments below..

To learn more, you can check out the full report at Opensignal. 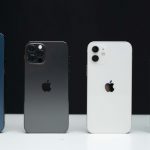 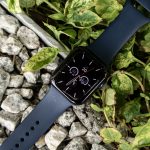 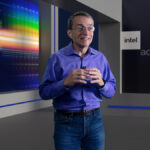 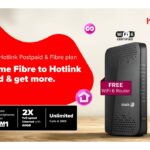