It's probably not as good as you think it is They say that expectations are disappointments in the making and I think that is a great summary of what my experience with the Moto G5 Plus was. I went into this waiting for my mind to be blown but because it wasn’t, I ended up with a lukewarm feeling in my chest.

It’s like the Batman Vs Superman movie only the Moto G5 Plus is still a good device. But allow me to cut through some of the hype for you.

We’ll start with the one thing I think really lived up to the hype. The biggest and most compelling feature about the Moto G5 Plus: Its software. I’ve always been a fan of Moto’s software experience. They’ve been excellent at keeping to my preferred ratio of mostly stock Android Nougat plus a few improvements and Moto improvements are usually some of the best. On the G5 Plus, you will find what I consider to be one of the best glance-screen implementations on any device. When a notification comes in, the screen will light up with a basic “screen saver” look with whatever app has a pending notification at the bottom of the screen. If you want to know more about the notification is, simply hold your finger on the app icon and the notification will pop up and give you more details.

You can often read entire messages without needing to switch on your display manually.

The software experience is further augmented with Moto’s nifty gestures. A quick “chop chop” motion switches on your flashlight while an easy “twist twist” will bring up the camera. Very intuitive, easy to remember, but hard to accidentally trigger — all points that earn it an A in my book.

Besides that, the rest of the software experience is delightfully stock Android so it’s really light, slick and just a pleasure to use. This excellent software experience bleeds into the Moto G5 Plus’ performance too. Keeping the skin light really helps the Snapdragon 625 processor and 4GB of RAM keep everyday operations running smooth. It’s not super snappy or “wow is this a flagship processor?!” fast, but I think it’s fast enough for anyone to use daily. It’s also got 32GB of internal storage, which isn’t groundbreaking for its price point, but you can expand it with microSD card.

SEE ALSO:  Got an Oppo Reno 5 or A74 series phone? You can "add" more RAM with a software update Despite the pedestrian 3,000 mAh battery, the Moto G5 Plus does have some solid battery life which I suspect that has a lot to do with the frugal 14nm processor it has at its heart. I was averaging a four and a half hours of screen on time (all day usage) on relatively heavy usage (my daily dose of YouTube, camera, social media, etc.) while lighter days let me eek out almost 5 hours of screen on time.

With the bundled charger, the G5 Plus charges fairly quickly. From 5% I managed to give it a full charge in just under 2 hours, while 30 minutes on the plug brought me up to 47%. Its screen is good too. The 5.2” Full HD IPS panel has nice viewing angles and is plenty crisp for daily use. However, watching videos on it isn’t the most satisfying experience because its speaker adopts the same layout as the Moto Z where sound is piped through the earpiece. It’s nowhere near as good as the Dolby Atmos tuned one you’d find on the more affordable Moto M.

Although the Moto G5 is the first generation in the series to come with a metal build, using the word “metal phone” won’t exactly paint the most accurate picture. The only metal bit of the smartphone’s build is the backplate, while the rest of it is decidedly plastic. Moto’s decision to give it a chrome finish around the frame of the phone also makes the device feel and look a little cheap. Let’s just say that the word “premium” doesn’t pop into your mind when hold this phone in your hand. And that’s really disappointing because its cheaper sibling — the Moto M — has one of the best builds for its price.

To make sure you know what the phone’s selling point is, Moto decided to include a massive camera hump on the Moto G5 Plus. Although it does give the G5 Plus a Moto Z kind of vibe, I doubt many would appreciate this large hump. On the Moto Z phones it made sense because the rounded camera hump was a place for the Moto Mods to hook onto but here it just doesn’t fit. However, Moto is very proud of the 12-megapixel f/1.7 aperture dual pixel camera it has slapped onto the back. Those specs do sound very familiar, but before you ask me the inevitable “is it as good as the S7 edge’s camera?”, I’m going to tell you that the answer is a big fat “no”. Yes, the G5 Plus’ Dual Pixel AF does help the smartphone focus extremely quickly and rather accurately but I wasn’t particularly impressed with the quality of the resulting images. Moto says that it’s a “best-in-class” camera and while I kind of agree, I’d say the margin — at least when we’re talking about image quality — isn’t very big from something like the Redmi Note 4 or Xperia XA1. And if you’ve spent any time with phones in this price bracket, you’ll know that that isn’t saying much. Still, the camera is capable of taking some nice photos in good lighting, which is where I suggest you do most of your photography with this camera because when things get dark, the G5 Plus falls apart. In fact, it doesn’t even have to be super dark, just less than well-lit will be enough the muddy the details and bring out some noise. Don’t get me wrong, I’m not saying that it’s a bad camera for its price, I’m just saying that you shouldn’t put too much weight on Moto’s “best-in-class” claims. Unfortunately, the bad news doesn’t end there because it continues with the fact that the Moto G5 Plus comes with a Micro USB port which feels terribly outdated at this point. Then there’s Moto’s implementation of fingerprint gesture navigation.

We’ve seen this before on the Huawei P10 where the idea is that instead of three separate buttons, you can instead navigate Android with a tap or a swipe in either direction on the fingerprint scanner. On the Moto G5 Plus, you swipe from left to right to go back, swipe from right to left to view your recent apps, and tap on it once to go home. In theory, that makes sense, but in practice I felt it more unintuitive and more prone to errors than Huawei’s implementation. I would have prefered a single tap to go back (like it is on the P10) because it’s harder for the sensor to misinterpret that action than a swipe.

Now that I’ve given you some pros and some cons of the Moto G5 Plus, it’s time to answer the question you came here with: Should you buy one? If pure value is what you’re looking for, then this RM1,299 smartphone isn’t the device you’re looking for. You can get a Xiaomi Redmi Note 4 with an arguably better build, same processor, 4GB of RAM and 64GB of storage for just RM949.

But if we take the Redmi Note 4 out of the equation, the G5 Plus isn’t a bad value smartphone. Just compare it to the devices in its own lineup: It has the same processor, camera and RAM as the Moto Z2 Play but is RM700 cheaper. It’s also far better than the Moto M which is only RM100 less than the G5 Plus.

Despite all my criticisms, I don’t think the Moto G5 Plus is a bad smartphone. Yes, it won’t be able to compete with the Redmi Note 4 when it comes to value (though realistically who can), but it has a lot going for it. It’s got an amazing software experience, good battery life and a snappy camera. 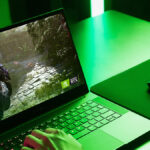